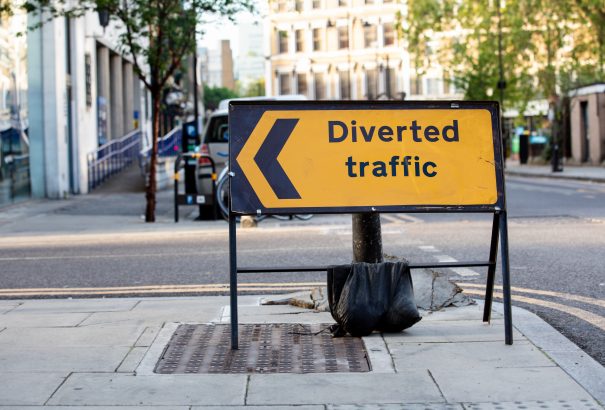 Transport for London is committed to keeping London moving: something that London's 30,000 annual roadworks was impeding from happening, in a big way.

Transport for London (TfL) is responsible for managing the public transport system and main roads in Greater London.
This includes a fleet of 9,300 buses, over 500 trains and 360 miles of major roads. Being home to the very first underground railway, innovators of the traffic light system and trailblazer of contactless travel payment, technology has always been central to TfL’s development. Therefore, it was only natural that Immense should help TfL solve its roadwork problem.

Carrying out roadworks in the largest and busiest city in the UK represents a significant challenge for TfL.

Not only are roadworks a significant frustration to many, but they also generate 3,000 hours of severe disruption and £2 billion worth of delays each and every year. In conjunction with Plexal, TfL invited innovators to help transform roadworks in the city as part of London RoadLab

The Immense team worked with TfL to develop a digital replica of transport infrastructure across several London regions.

This was enhanced with further data sources to create a digital representation of traveller and vehicle movements across the city. TfL could then access this digital world through a web-based interface to design and simulate different scenarios for planned roadworks and maintenance - ultimately improving the speed and accuracy of decision-making.

Using the real-world scenarios, operational and strategic roadwork planners can now discover and communicate the impact that planned works will have on the city. This includes congestion and air quality.

“Bringing in innovation from the market directly contributes in helping us to deliver the goals set out in the Mayor of London’s Transport Strategy. As such, we continue to share some of our key problem statements to bring in a wide range of innovators such as Immense through programmes like London Roadlab to test their solutions on our network.”

Rikesh Shah, Head of Commercial Innovation at Transport for London

Going forward, Immense will be helping TfL to expand this initiative across London, using wider data-sets and integrations with TfL’s other systems and utility partners.