London, UK, 22nd October 2020. Project Endeavour has reached a key milestone as the first live trials of its autonomous vehicle fleet begin this week on roads in Oxford. The development brings the deployment of commercial autonomous vehicles in the UK one step closer.

Project Endeavour – a Government-backed research project – will run until Autumn 2021 with live tests in three major UK cities. The trials will demonstrate autonomous driving in a variety of urban and city environments and will develop engagement models with local authorities and communities to help them prepare for the future launch of autonomous vehicle services.

The consortium, part-funded by the Centre for Connected and Autonomous Vehicles (CCAV) and delivered in partnership with Innovate UK, is using a combination of advanced simulations and on-road demonstrations to help accelerate and scale the deployment and adoption of autonomous vehicles.

A fleet of six Ford Mondeo vehicles, enabled by Oxbotica to be capable of Level 4 autonomous driving, will complete a nine-mile round trip from Oxford Parkway station to Oxford’s main train station. Trials will be run at all times of day and night, allowing Oxbotica’s autonomous vehicles to experience a range of traffic scenarios from morning commutes to school runs, in a range of weather conditions.

Launched in September 2019, the project has brought together Oxbotica, a global leader in autonomous software, urban innovators DG Cities and Immense, a leading transport simulation company. Ahead of the public trials, three new consortium partners have been added to Project Endeavour: the Transport Research Laboratory (TRL), the British Standards Institution (BSI) and Oxfordshire County Council.

The trio of new partners will focus on the development of a new safety assurance assessment scheme against PAS 1881 standard for public autonomous trials, helping inspire trust and define a consistent approach to safety that will enable future deployments to happen efficiently without slowing down the rate of innovation.

Camilla Fowler, Head of Automation at TRL, said: “Trials of Level 4 vehicles are an important milestone, keeping the UK at the head of the field in bringing the benefits of this technology into mainstream use. These exciting trials, and what we learn about assuring safety and encouraging interoperability will open up new opportunities for many more research demonstrations across the UK, which are the forerunners to the full-scale public trials so eagerly awaited.”

Matt Page, Managing Director UK and Ireland, Assurance at BSI, said: “We’re delighted to be a part of this collaborative project, where we’ll be applying our expertise in certification to research an assessment methodology for the safe trialling of connected and autonomous vehicles on public roads. This technology presents a huge opportunity for the automotive sector and we’re committed to working together with industry to help accelerate innovation whilst ensuring safety.”

Laura Peacock, Innovation Hub Manager at Oxfordshire County Council said: “It is exciting to be part of Project Endeavour. Oxfordshire County Council’s Innovation Hub has been at the forefront of autonomous mobility for the last four years. The progress that has been made in the Connected Autonomous Vehicle (CAV) ecosystem is huge, moving from simulation, trials in isolated environments and now to the first live on-road public trials in Oxford. We are working with partners to create a systematic approach for other local authorities to engage and interact with CAV trials in their regions, which brings us much closer to CAV deployments becoming a reality to bring benefit to our communities and UK PLC.”

Project Endeavour builds on the DRIVEN consortium, which demonstrated the capabilities of a fleet of self-driving vehicles in Oxfordshire’s and London’s challenging and complex urban environment.

Dr Graeme Smith, Senior Vice President at Oxbotica, said: “The first live on-road public trials mark a key landmark for Project Endeavour as we work with local authorities and members of the public in London, Oxford and other major UK cities to shape the future of mobility. Alongside our valued partners, we’re making autonomous vehicle services an everyday reality, right here in the UK.”

Project Endeavour is a mobility project designed to accelerate and scale the adoption of autonomous vehicle services across the UK, and maximise the potential of this exciting technology. We are working with local authorities and members of the public in London, Oxford and other major UK cities to run advanced simulations alongside trials on public roads that will shape the future of mobility. The partners include Oxbotica, DG Cities, Immense, TRL, BSI and Oxfordshire County Council.

Endeavour is part-funded by the Centre for Connected and Autonomous Vehicles (CCAV), delivered in partnership with Innovate UK. It is part of the government’s £100 million Intelligent Mobility Fund, supporting the Future of Mobility Grand Challenge. As a key part of the UK government’s modern Industrial Strategy, the Future of Mobility Grand Challenge was announced in 2017 to encourage and support extraordinary innovation in UK engineering and technology, making the UK a world leader within the transport industries. This includes facilitating profound changes in transport technologies and business models, to make the movement of people, goods and services across the nation greener, safer, easier and more reliable.

You can find out more about Project Endeavour at the newly launched website : https://www.projectendeavour.uk/ 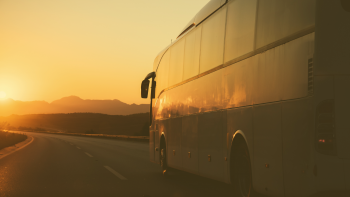 How can the UK Successfully ‘Bus Back Better’?
Read 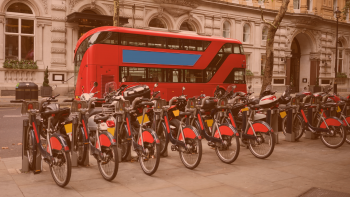 How Can Effective Planning and Modelling Lead to the Success of Mobility Hubs?
Read 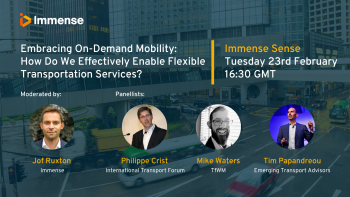